Do you know about our Legacy Program?

It serves the mission of Young Life by accurately documenting and making accessible its history. Whether you are a Young Life fan, a history fan or both, you’ll want to find out more about what we do​!

Young Life History and Vision for the Future

Young Life is a group of caring adults who go where kids are, win the right to be heard and share the Gospel of Jesus Christ with them.

The vision began in the early 1930s when an elderly woman, Clara Frasher, recruited a group of her friends to pray for the teenagers attending Gainesville High School in Texas. Six years later, during the spring of 1939, a young seminarian, Jim Rayburn, started a chapter of the Miracle Book Club in Gainesville, Texas, a small town 75 miles to the north of Dallas. As he was developing the program in Gainesville, Rayburn also worked with a local pastor, Clyde Kennedy.

Like Clara Frasher and her prayer circle, Kennedy was concerned about the town’s teenagers, who showed no interest in engaging with traditional church programs. Realizing something must be done, Kennedy hired Rayburn to fill a part-time position within the church in order to accomplish something vital beyond its walls.

After exploring several possibilities, Jim decided that the best setting for the proclamation of the Gospel was at a Young Life club, held in the home of one of the kids. Club involved lively singing, a skit and a short talk about Jesus Christ. Jim believed that every kid had the right to hear the message of Jesus Christ and decide how to respond to the Gospel.

Young people who made the decision to follow Christ became involved in “Campaigners,” a discipleship group where they participated in Bible study, prayer and sharing.

By 1944, Add Sewell, one of the first five staff members, discovered the key to going deep with kids: spending time with them on their turf. Add spent hours each week with kids, developing a relational style of outreach. Convinced that he had to win the right to be heard, he simply made friends with them. This approach eventually became known as “contact work,” and it’s been at the heart of Young Life’s mission ever since. 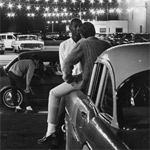 Camping has also been a significant part of the Young Life ministry. Jim’s vision in those early years led to the acquisition of several Colorado ranches. Today, 33 picturesque properties continue to provide magnificent backdrops against which to present the Gospel, while giving kids the best week of their lives at the same time.

Over the years, Jim gathered a group of gifted men and women around him and sent them out to start Young Life ministries to kids all over the United States. This was the Young Life staff.

In 1950, Portland staff person Bill Starr developed a novel concept: the Young Life committee. This group of men and women lent their support to the local ministry. Today, committee and ministry support team members around the country number more than 18,000.

In 1953, Young Life went international with an outreach in France. Since then, incarnational evangelism has proven successful worldwide; Young Life ministries are now active in over 100 countries.

Beginning in the mid-1950s, Young Life broadened its focus to become a nurturing and healing presence for kids of all races; our multiethnic ministries share Christ as well as meet the unique needs of these kids.

Recognizing the need for quality training programs for staff, Young Life joined with Fuller Theological Seminary in 1977 to establish the Institute of Youth Ministries. This association provided a unique blend of graduate-level theological education and practical field experience for many years. The institute has now been replaced by expanded partnerships with several seminaries around the country.

In the late 1980s Young Life expanded its focus to include kids with special needs. Young Life ministries with kids with disabilities are in place in many areas of the country, allowing these kids to find their boundaries expanded, their lives enriched and their hearts warmed by the love of Jesus. We call this ministry, “Young Life Capernaum.”

Doors of ministry to yet another group of kids — teenage moms — opened with the beginning of the YoungLives program. Young moms are matched with older experienced moms who are committed to providing support and friendship as well as the opportunity to consider the possibility of a relationship with Jesus Christ. 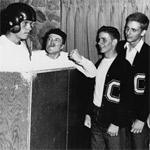 Today, the Young Life mission is still committed to incarnational witness: embodying and expressing the love of Christ through relationships with all kinds of kids:​ WyldLife​ is our outreach to middle school kids, Young Life for those in their high school years, and Young Life College is our program for college and university students. In addition to the ministries mentioned above, Young Life reaches military teens through a program called Club Beyond, the Small Towns/Rural initiative brings Young Life to communities of fewer than 25,000 people, and Amicus is Young Life’s student exchange and hosting program for international kids.

Young Life… our history is rich and our future is promising. We are a group of adults who continue to be committed to the historic Young Life mission: befriending kids and allowing them to take a good look at the Savior, Jesus Christ.

Young Life is a mission devoted to introducing adolescents to Jesus Christ and helping them grow in their faith.